check out other pages

Adebola T Adeoti and Lilian Okeke educating the good people of Okene, Kogi state , North-Cental on the provisions of the I999 Constitution of the federal republic of Nigeria with regards to its condemnation of derogatory practices such as female genital mutilation, child marriage and child labour.

⁣Last year, our director was invited as a Gender Consultant for Hacey Health Initiative to enlighten Stakeholders like the: Health Workers, National Orientation Agency, Community leaders, Civil Society Organizations and others across the 33 local governments in Oyo state on International and National Laws on the elimination of Female Genital Mutilation.⁣⁣
⁣⁣
This year, she was also privileged to be invited for the second edition of the ‘Stop Cut Project’ to enlighten Media Practitioners in Oyo state on the same topic at Koltol Hotel, Ikolaba Ibadan.⁣⁣
⁣⁣
Female Genital Mutilation is a criminal offence in Oyo state. It’s a violation of women’s and girls’ sexual and reproductive rights.⁣⁣
⁣⁣
Section 9 of the Oyo State Violence Against Women Laws of 2016 provides ‘that anyone who performs Female Genital Mutilation is liable to pay a fine of 100,000 or a jail term not exceeding 4 years or both’.⁣⁣
⁣⁣
The program was aired on the Broadcasting Corporation Of Oyo state(BCOS).⁣⁣ 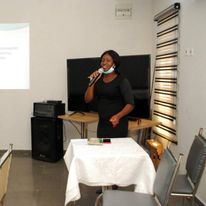 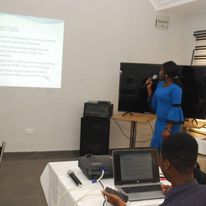 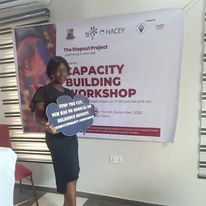